The Open Source community has been integral to the advancements we’ve seen in technology. Since enabling technology is essential to your business, it may be time to think further about how these tools are created, who profits, who contributes and more importantly, who doesn’t.

The open source community refers to a community of developers that design software and then release the original source code freely. This makes the software readily available to all others in the community to redistribute, modify and expand upon the capabilities of such software so that others may benefit.

Open source is collaboration in action and technology depends greatly on this community for innovation, security patches and to see a reduction in software pricing. When developers release their software in this way, they are essentially calling on all the developers in the world to make a great piece of technology, even better. “The promise of open source is higher quality, better reliability, greater flexibility, lower cost, and an end to predatory vendor lock-in” (The Open Source Initiative).

Open Source software (OSS) can be seen as superior to proprietary software in that it offers competitive features, provides greater ease of deployment (without licensing strings attached) and affords the greatest ability to scale. In fact its use is so pervasive that all software categories use it or have dependencies on it.

It’s important that OSS remains a give-and-take community. But unfortunately it is all too common to find free-riders taking advantage of  the community. A free-rider is someone who uses an open source project without contributing to it. If too few people, organizations or enterprises contribute to open source, the project can become vulnerable, and ultimately cease to exist. 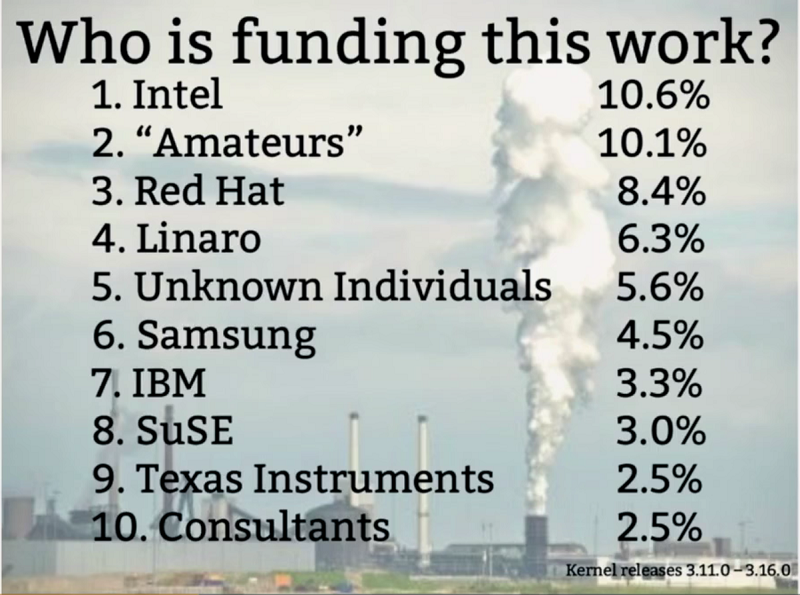 In the past, OSS’s reputation suffered from security issues, but that may have been due to the lack of resources. Users tend to love a free product, but seldom report or contribute to bugs and patches. When such vulnerabilities are known the community is particularly responsive but there has to be time and money available to patch effectively and efficiently. In the wake of high profile breaches, the industry as a whole has placed more emphasis on security.

Many companies have come to realize that more patches fixing security issues are released for open source software than most proprietary products. The size of the community and agile processes make responding to issues much quicker.

Open source is how a large number of core applications are developed today. It is the foundation for nearly all operating systems, databases and big data. If we want to see forward movement and secure technology solutions in IoT, cloud computing or powerful operating systems, then the open source community will need our contributions.